With technology development, traditional lights are being replaced by LED light which has small lamp-body, slight, long lifespan and environmental friendly, etc. The power consumption of LED light is less than about 90% of incandescent light at the same as brightness, so, LED light is widely used for various area, and it is the tendency that normal lights are being replaced by LED light. The lighting effect of super brightness LED light has been up to or over 100lm/W. The lifespan of LED light is up to 100 thousand hours, while the incandescent light is less than 2000h, the fluorescent lamp is just about 5000h. LED light is no mercury, no strobe, which is environmental friendly lighting source when comparing with the second generation illumination fluorescent lamp which is popular utilized currently. 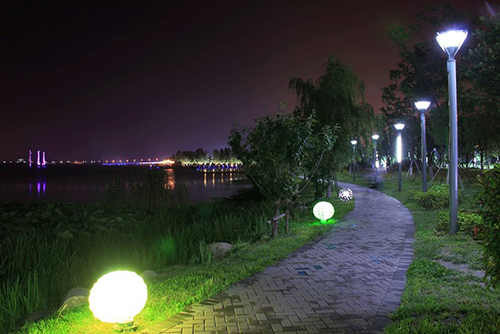 As a kind of new lighting source and unparalleled advantages, LED light is rapidly promoted for utilization and application, such as cities brighten and beautified, illumination for road, brightness for courtyard, indoor illumination, and other area application, etc. LED light also has these traits which are high quality ray of light, non-radiation, reliability and durability, low cost for maintenance, etc, which belongs to typically cleaning lighting source. The successfully developed of super brightness LED light has greatly reduced the utilization cost of solar light, this cost is up to or near the starting installation cost of alternating current lighting system, and it can protect environment from contamination, easy to install and safe to operate, economy and energy-saving, etc. As LED light has premium lighting efficiency, low heat, etc, it is more and more popular used for illumination field, and has the tendency to replace traditional lighting source. As LED light is powered by low voltage with direct current, it can be conveniently incorporated with solar cells. 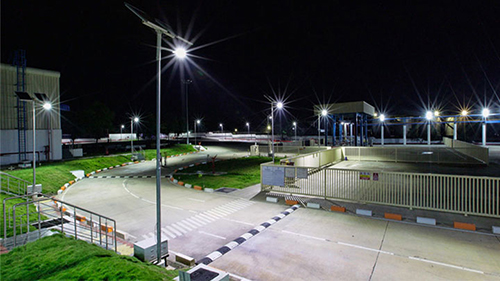 LED light is powered by DC, its working principle is that its inner would produce excited electron transition to radiate after being provided voltage on its both head, different semiconductor materials would produce different optical wavelength, white light is compounded by different optical wavelength lights. As the ray of super brightness LED light has strong directivity, weak integrated visual effect, then, need gather many LED chips to arrange to be LED lighting source. Super brightness LED lighting source need ensure not only some strong illumination intensity, but also guarantee high lighting effect, usually, to consider lumen and light effect, then find an optimum working state. 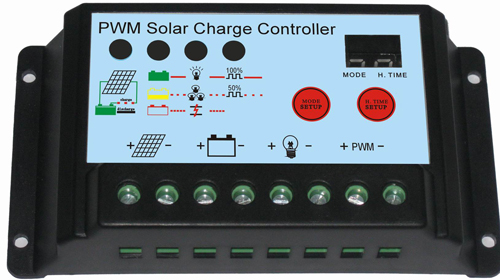 Solar LED lighting is made up of series connection of many LED lamps, lighting can be adjusted by PWM controller via changing current, the current intensity can be changed from several mA to 1.0A to make the LED light bright as request. PWM signal can be produced by micro controller or other pulse signal. PWM signal can make the current which is transmitting during LED light change from zero to rated current, namely, it can make LED light from darken to normal lighting. The occupying space of PWM is more smaller, the LED light is more brightness. To utilize PWM control brightness of LED, it is very convenient and flexible, which is the optimal lighting adjustment method, the frequency of PWM can be from tons of hertz to several mega. The lighting adjustment of PWM is via controlling MOSFET crystal valve to realize.LED light incorporates with solar power is the tendency development in future. In lighting industry, LED light gradually replace tradition lights because of energy-saving and environmental friendly. In energy field, solar power gradually deprive the dominant position of fossil fuel and become the main energy because of renewable and non-contamination.

From above presentation, that is the reason why solar LED lighting will occupy the main market in lighting and energy field, then, Bingsolar have confidence that lighting powered by solar is future.