The calculation principle of configuration for home solar power system is principle of conservation of energy, namely, the power that solar panel generates equal to consumption of total load and system wastage.

Process of Calculation:1. To confirm how much power consumption for total load per day,Q1=P*T,Q1 is Power Consumption, unit is WH; P is power, unit is W; T is time, unit is H.

3. Calculate battery capacity:The battery capacity is relative with backup time for usage. For lead-acid battery, it would be harm for its lifespan if discharging 100%, so we just discharge its 80% capacity. Moreover, as the battery is floating charge in later period to charge , it need keep 10% capacity to make better use of the power that solar panel generates (here need be confirmed according to power usage situation, if it is daytime to charge, then discharge in night, that need keep 10% battery capacity; If it is daytime to charge, discharge is also in daytime, that will no need to keep 10% capacity; namely, for the system which is charge in daytime and discharge in night, the depth of discharge is just 70% of full batter capacity; for those system that both of charge and discharge are in daytime, the depth of discharge can be up to 80% of full battery capacity. The efficient discharge of battery need meet the power usage for backup time.)C*U*&=Q2*d, so, C=Q2*d/(V*&),C is battery capacity, unit is Ah; U is system voltage, unit is V; & is efficient power discharge, usually it is 70% ~ 80%; d is days of backup; Q2 is power generation from solar panels, unit is WH. 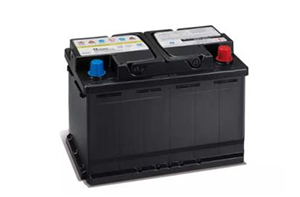 4. How to calculate the power of solar panels ?The power that solar panels generate not only need meet the power usage of load, it also need be enough to charge battery. Therefore, for those solar system with long time backup, need keep more power generation to meet its request. The battery allowance depends on the charging speed. According to power generation equals to power usage of load plus power charging into battery, P3*T2=Q2+Q3, P3 is power of solar panels, T2 is hours for efficient power generation a day, Q2 is power usage of load plus system wastage, Q3 is power charging into battery to keep battery allowance. Q3 rely on different situation, Q3 equal to its rated capacity multiply 1% ~ 3% of its rated voltage for those system which don’t have backup days. For those solar power system which have request for backup days, it can be calculated as about 20% of power that solar panels generate. For those area which is mainly sunlight in a year, Q3 can be reduced to 10%. For those area which is mainly rainy in a year, Q3 can be improved up to about 30%. 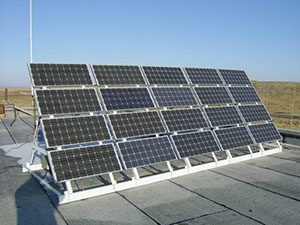 6. How to configure solar inverter ?Square wave inverter can be chosen for those solar system whose load is below 300W, because most of appliances which need sine wave are above 300W. It can be customized to configure according to customers’ requirement (Please note: Vehicle type square wave inverter can’t be used for those situation which is long term to use load).Sine wave inverter mainly is chosen for those solar system whose load is above 600W, because the inductive load of most appliances, such as refrigerator, they need use the voltage which is sine wave. The power of inverter is calculated as 120% ~ 150% of system rated power. Its power can be adjusted according to customers’ request. 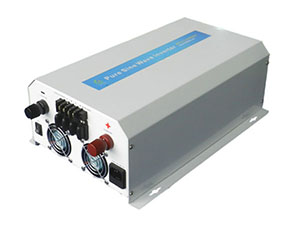 5. How to choose inverter ?As refrigerator belongs to inductive load and total load is 870W, so we can use 1000W, 24V pure sine wave inverter.